Frank J. Andreou is a founding principal in the law firm of Andreou & Casson, Ltd. Formerly a prosecutor, he earned a reputation as a talented practitioner in complex litigation.

Upon graduating from the John Marshall Law School of Chicago in 1995, he served as an Assistant Cook County State’s Attorney, where he prosecuted more than 200 criminal and civil cases. He also gained extensive appellate experience, having submitted more than 75 legal briefs to the Illinois Appellate Court, and having argued before the Appellate Court on numerous occasions.

Mr. Andreou’s background in complex litigation includes work for some of the world’s largest FORTUNE 500 corporations and their subsidiaries. He has defended such clients in product liability and personal injury matters conferring with the client’s general counsel in preparing responses to legal inquiries. His other complex casework includes defending hospitals, medical groups and physician in challenging medical malpractice suits.

In July of 2002, Mr. Andreou founded Andreou & Casson, Ltd., with fellow attorney, Luke A. Casson. Mr. Andreou’s practice has continued to grow steadily into a diverse and successful litigation practice serving corporate clients, insurance firms and individuals in a wide range of legal and contractual matters. Mr. Casson has represented commercial concerns and their officers, directors and individuals in transportation, civil rights, employment, transactional, intellectual property litigation, trade secrets, environmental and other civil matters. He has represented clients in industries such as steel manufacturing, state and municipal government, transportation, material handling, construction and government contracting. Mr. Casson has taken more than 80 cases to trial in 6 states.

He also practices in all areas of labor and employment law and has represented clients in relation to sex, race, national origin, age and political speech discrimination cases and has represented insurance companies and their insured in a wide variety of civil tort actions. Mr. Casson has served as designated outside general counsel to several corporate entities and religious organizations and as counsel to several political organizations and judges.

Mr. Casson is an avid cyclist and regularly competes in road races in his spare hours. 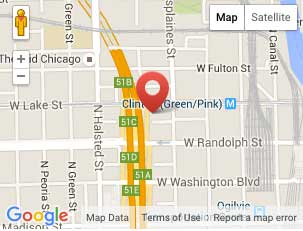